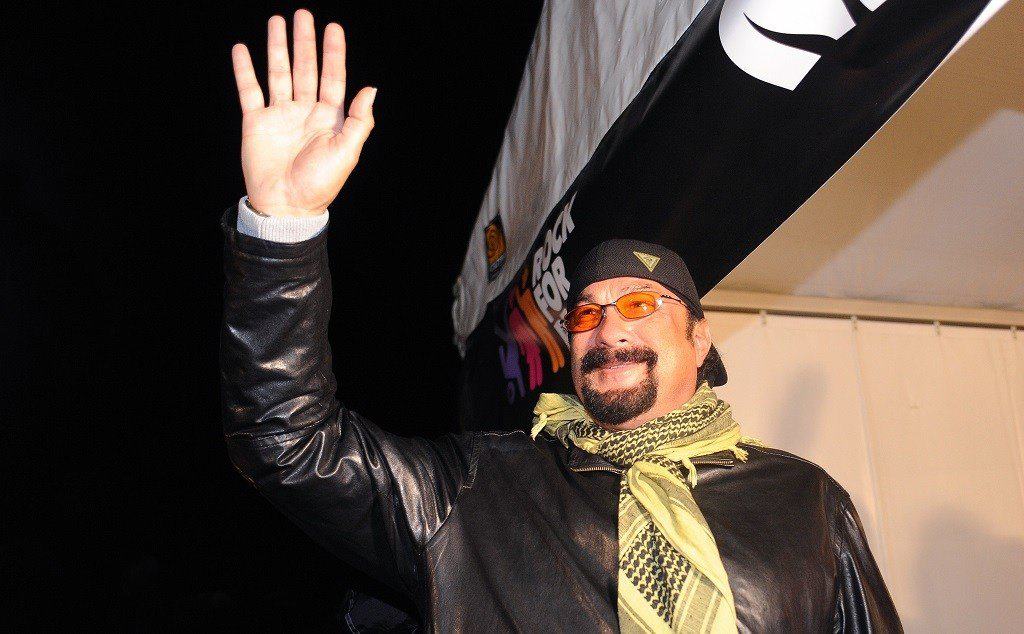 Steven Seagal is a controversial figure in not only the world of martial arts but around the world.

While many people admire him, there are some people who find his role in martial arts and some of his claims to be suspicious.

An example of the claim he’s made includes when he stated that he had trained with the founder of Aikido but he didn’t move Japan until after the founder’s death.

Claims, such as this one, have made many question his credentials but he’s still responsible for many people’s interest in martial arts.

Who Is Steven Seagal?

Steven Seagal is best known as an American actor and martial artist. He’s also a musician, producer, director, and screenwriter. Seagal has citizenship in Russia, America, and Serbia.

Seagal is known to be an environmentalist, a supporter of the 14th Dalai Lama Tenzin Gyatso, and an animal rights activist. 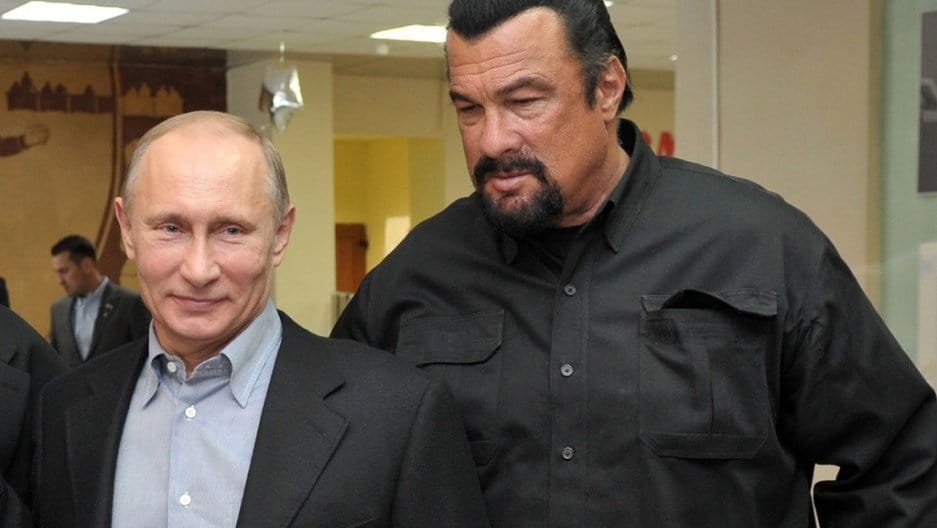 He is often praised and heavily scrutinized for his outspoken political views as well as his friendship with Vladimir Putin.

He rose to fame when he starred in the mystery/crime film Above the Law but, before that, he served as a martial arts instructor.

Seagal has a 7th-dan black belt in the martial art Aikido when he began as a martial arts teacher in Japan.

The years he’s reported moving to Japan vary so he could have moved there anytime between the ages of 19 and 21.

He had traveled to the country with his father, who was visiting for military purposes and met with some karate masters. After that, he decided to stay in the country. 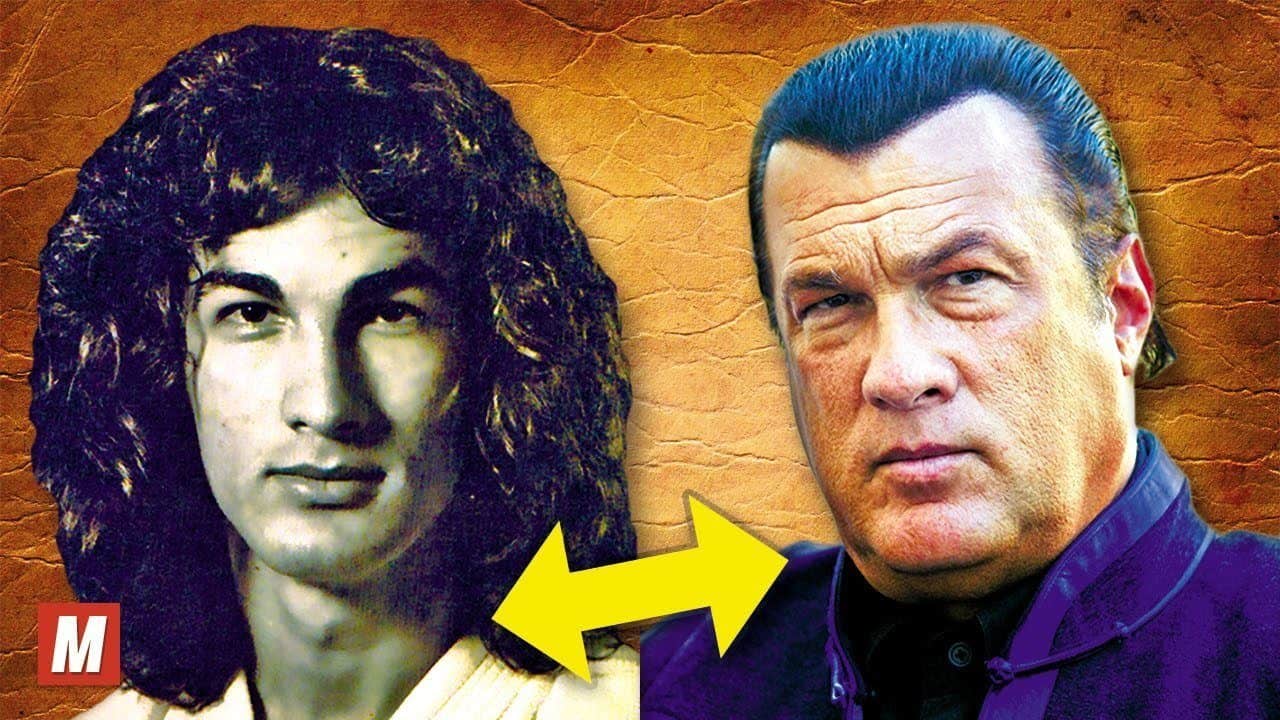 Perhaps the big criticism people have about Steven Seagal is that he claimed that he trained with Morihei Ueshiba, the founder of Aikido, when he was in Japan but Ueshiba died in 1968.

Seagal was only 14 years old at the time and wouldn’t make his journey to Japan for at least another five years.

While he didn’t train under Ōsensei, he did achieve his shodan (1st-dan degree) under the teachings of Koichi Tohei.

He continued his training as a student under a variety of teachers including Kisaburo Osawa, Hiroshi Isoyama, Kisshomaru Ueshiba (Morihei Ueshiba’s son), Seiseki Abe, and Tohei (though Seagal refused to join his Aikido organization, staying with Aikikai instead).

Besides having Shihan and a 7th-dan degree in Aikido, Seagal also has a black belt in Kendo, Judo, and Karate.

When Steven Seagal returned to California, he met Miyako Fujitani, an instructor of Aikido in Los Angeles.

He returned with her to Japan to get married but came back to the states to open up his own Aikido dojo in Taos, New Mexico. Seagal was more preoccupied with pursuing other ventures he had than running the dojo though.

After another stint in Japan, Seagal returned with a student and opened another Aikido dojo in North Hollywood.

They then moved the dojo to West Hollywood, and Seagal left his student to run the dojo until they parted ways in 1997.

It was in 1988 that Seagal made it with his acting career. After Above the Law and by 1991, Seagal had starred in four successful movies.

It was during the latter half of the 1990s that Seagal saw a shift in his acting career and all of his movie where sent straight to VHS.

He has since made appearances in a variety of reality shows and films, including his own show Steven Seagal: Lawman.

A show that depicts Seagal performing what he does as a reserve deputy sheriff.

Seagal has also done other small ventures throughout his career like releasing to musical albums, sponsoring energy drinks, and training a couple of mixed martial artists for their fights.

Steven Seagal’s favorite discipline and the one he is most known for is Aikido.

Aikido is a modern Japanese martial art that is a synthesis of Morihei Ueshiba’s religious beliefs, philosophy, and martial studies.

The goal of Aikido is to defend yourself from danger while also doing no harm to the attacker.

The techniques that are learned in Aikido are irimi, turning movements, and a range of joint locks and throws.

In the video below are some of his best fight scenes.

Today there are many styles of Aikido, with some practices focusing on different interpretations and emphasizes but they all share the basic techniques made by Ueshiba and hold the wellbeing of the attacker above all else.

This is another point of criticism that people have of Seagal as in many of his films, which he uses martial arts, he is shown totally decimating his opponent.

While it looks cool for the camera, many practitioners of Aikido see it as a misrepresentation of the art.

Whether you want to be like the action heroes he plays or want to follow his path as a martial arts instructor, you have to understand the martial art that he’s doing.

Research it to see if it’s right for you and then proceed.

For those looking to be Aikido instructors, there are a number of resources to look into for starting your own dojo (or for practice purposes).

You’ll want to look at gymnastics equipment for kids and a list of best martial arts mats.

While it may seem like you can go with any old mat, there are a lot out there to choose from such as simple mats and handy interlocking carpet tiles.

With the right equipment and proper training, you’ll be like Steven Seagal in no time.